I was watching MLB highlights and stubbled across an article about Alex Rodriguez passing Willie Mays on all time home run list. The photo at a size of 300px by 250px was captured on May 7th. Anthony Grupposso from USA TODAY Sports captured the historical photo were it was recognized as the header for one of the most popular websites across the nation. The image was captured as a historical archive that spread like wild fire across social media. The moment the ball left the bat thousands of people in the stadium were witnessing history. The 661st career home run from Alex Rodriguez puts him in sole possession of fourth place on the all time home run list. The image is still new and is very high quality. The technology now has the ability to capture every detail in its entirety. The photographer was able to capture the faces of the New York Yankees fans that were in attendance

I picked this image because I was reading about the history of sports. I came across a story of how baseball is america’s past time. There is a section in hist about the struggle for equality. Alex Rodriguez is a black male playing a professional sport. In today’s society it is acceptable, however, Major League Baseball Hall of Fame members such as, Hank Aaron and Willie Mays were two black males who paved the ground for the future of equality in sports. Willie Mays had a Hall of Fame career playing a total of 22 seasons in the MLB. Hitting towering 660 home runs through out his career. Young players such as Alex Rodriguez grew up idolizing players such as Willie Mays because of the success they have had in their careers. Alex Rodriguez has had a very rocky career. He has been publicly scrutinized because of his P.E.D. (steroids) usage. Shamming his career to all of the baseball community. The New York Yankees organization almost kicked Alex Rodriguez off of the team because of the shame he brought to their organization. They made a good decision keeping the 39 year old superstar.

History can be made everyday at any moment. Keeping aware of your surroundings you can capture a moment that can become something amazing. This photo taken by Anthony Grupposso is an example of just that. Alex Rodriguez may never be inducted into the Hall of Fame but he will for sure have his name and piece of history within it.

Today in section and lecture we talked about President Nixon and the watergate scandal. In 1969 president Nixon was elected the 37th president of the United States of America. Nixon was elected for his second term as president in 1972. August 8, 1974, Nixon would resign the next day. Nixon was quoted stating, “that process of healing which is so desperately needed in America.” By the time of his death on April 22, 1994, he had written numerous books on his experiences in public life and on foreign policy.

Earth Day is today and across the globe we celebrate Mother Nature and are striving to find ways to better the earth. In 1970 Earth Day was celebrated for the very first time as a national holiday. Even after 45 years we are still encountering various environmental issues, excessive pollution, resource depletion, and climate change to name a few. We are making huge strides in protecting the earth however, the impact on the earth has not been big enough. Countries need to make Earth Day more than one day and start encouraging it as a lifestyle to live clean and protect the beautiful earth we live on.

I went to see Fast and Furious 7 when the movie trailer for N.W.A came on. N.W.A was one of the most notorious rap groups of all time. These five master minds created some of the greatest rap songs to this day. They were telling a story about how life in Compton was everyday through their music. People disliked N.W.A because some though they were glorifying killing, gangs, drugs and money. These five men became successful enough to get their lives out of the streets and made a statement to people around the world they could not be stopped.

Where did Blum go? Hacking his old lecture class that he was suppose to be teaching. WANTED Posters have been scattered all over the lecture hall. People are still speculating on where is Blum.

Tupac should be known as the greatest rapper of all time because of his beliefs demonstrated through his lyrics. Some of his beliefs consisted of; feminism, black panther traditions, and his representation in the media. 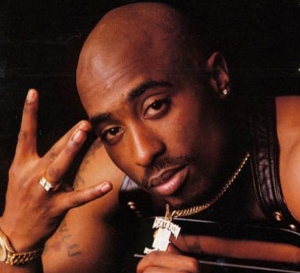 As I walk to baseball everyday I look at the same banner. This banner is a dedication to Hall of Fame Player and SDSU head coach Tony Gwynn. This banner shows the date of his birth and his death. He is a legendary baseball player and coach. We miss him dearly and may he Rest In Peace. 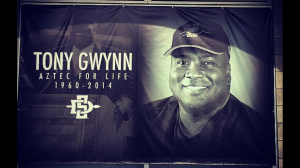