This is from an episode of The Fairly Odd Parents which is a show I watched when I was a kid.  It popped into my head this week when the professor in large lecture mentioned code name “Deep Throat.”  Deep Throat was an anonymous informant that told two reporters at The Washington Post inside information about the Watergate Scandal during the time of the Nixon Administration. 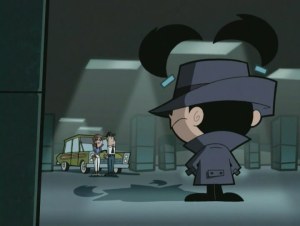 In this episode of the The Fairly Odd Parents there is an informant named “Deep Toot” that informs Timmy’s parents about an issue he is dealing with.  I personally just thought it was funny that it finally clicked why Tootie was called “Deep Toot” in this episode.  I guess that every other time I learned about the Watergate Scandal I just forgot about this episode.