The Black Panther Party was a revolutionary black nationalist and socialist organization active from the years of 1966 to 1982. At first, the Black Panther Party’s core practice was to monitor the behavior of police officers and to challenge police brutality after several incidents of brutal, unnecessary police attacks. It was once said that the party was “the greatest threat to the internal security of the country”. Other than monitoring police activity, the BPP’s instituted a variety of community social programs, including the Free Breakfast for Children Programs and community health clinics. 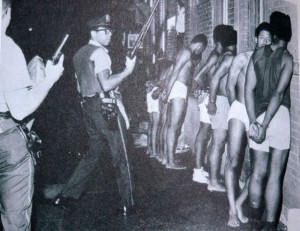