President John F. Kennedy was assassinated in Dallas, Texas on November 22, 1963. Oswald was killed before confessing he had killed President Kennedy. As of today his assassination is still considered a mystery. Kennedy was wounded in the back, throat and fatally shot in the head. Kennedy was rushed to the hospital but there was nothing the doctors could do and was pronounced dead. On Sunday morning as Oswald was being transferred to the county jail, Kennedy’s casket was moved from the white house to the capital. Many people in the United States mourned the death of Kennedy. Many people liked Kennedy and felt their lives were similar to his. Below is a picture of when the assassination occurred. 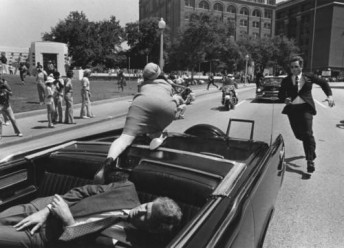