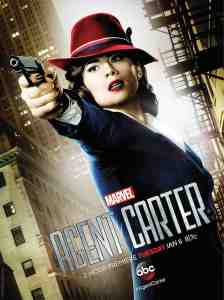 The 40s are recognized as a time of war for most of the world, yet also of great opulence in the United States. In movies and TV shows, 1940s America has always been portrayed as glamorous and visually appealing despite the war overseas. Stories are set in the 1940s to amplify ambiance and the feeling of either great trepidation or great wealth. Great films have been made to adapt to the style, jargon, and life of people in the 40s. ‘Agent Carter’ takes place after the war in 1946 and does a good job in portraying American life after the war during a time of booming economic gains as well as the early rise of the Cold War and opposition against communism.