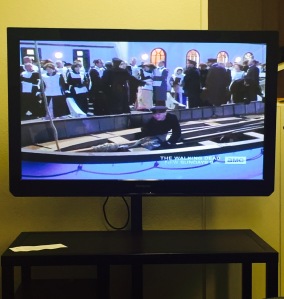 Last night I was watching the 1997 film “Titanic” and thought about how accurate this film may/may not be in the depiction of the actual sinking of this ship. Of course, some scenes were for the dramatic affect, however this movie gives the newer generations some insight to the emotions and history of this tragic event that happened over 100 years ago. This scene in particular struck me because this is where the crew were loading the rich women and children into the life boats, not even filling them up all the way, nor are they including the poor women and children. I was watching and questioning this crew’s tactics and noticed that it was these actions that led to more lives being lost that could’ve been saved. I realized that if it weren’t for these actions, the end results could’ve been completely different than the history that we know it today.